The game I've been working on, Project: Doodle now runs a little bit better on the Pine64 Pinephone, an upcoming smartphone that runs mainline GNU/Linux instead of Android.

On previous Pinephone Linux distributions, SDL2 applications like mine were not communicating well with the on-screen keyboard (it was reading completely wrong key symbols, so arrow keys and keyboard input weren't recognized). It seems they ironed out some of those kinks so the keyboard input works and the game is more or less playable: 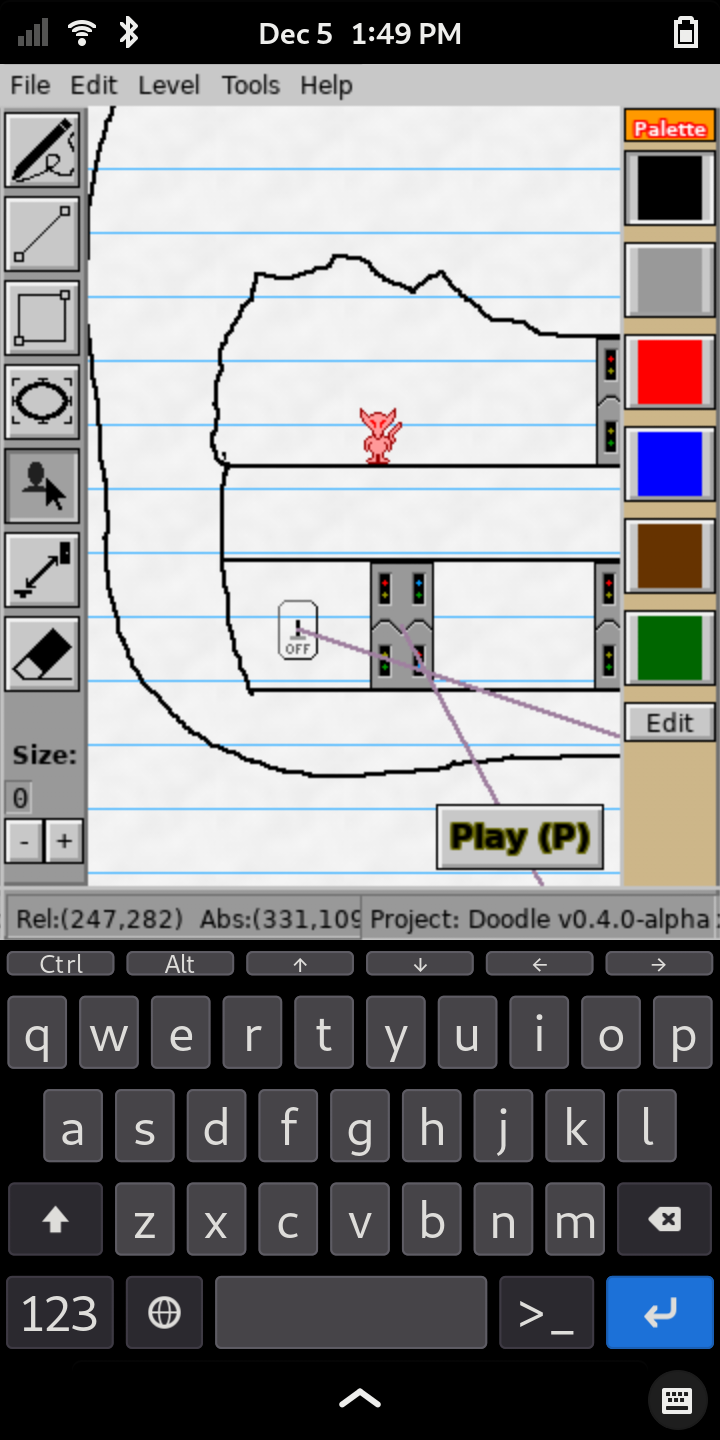 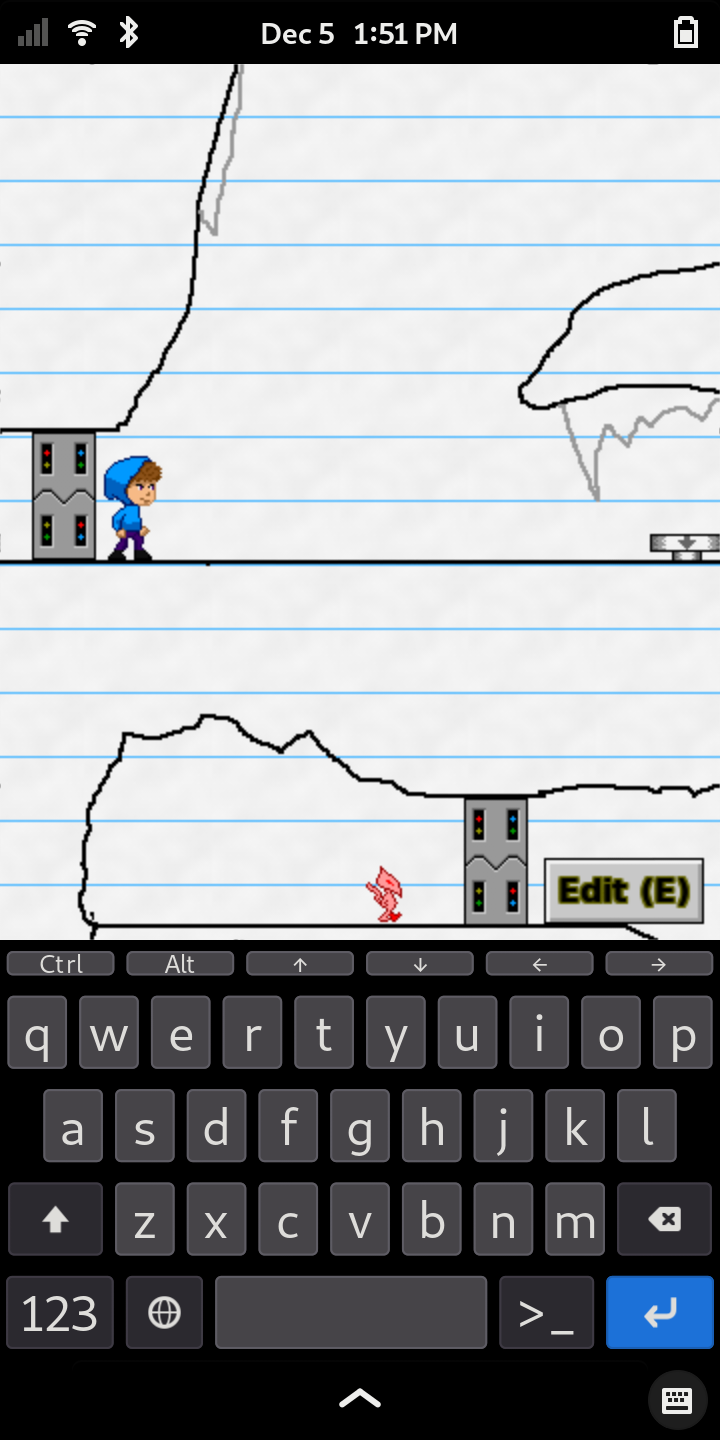 The "Play Mode" is not super great because it seems only one keypress can be registered at a time (so Up arrow to jump can't be combined with Left or Right arrow to move). But levels can be drawn and you can interact with pop-up windows like the Doodad Dropper to drag things into your level. "Right-click" support is uncertain, but if you want to remove a doodad from your level you could drag it back onto the Doodad Dropper window since the normal right-click to delete doesn't seem working yet.

Project: Doodle is not initially designed for mobile but may get there some day. This is the desktop Linux version of the game running on Pinephone and may be useful for me to design somewhat mobile-friendly interfaces ahead of actually attempting an Android OS build of the game. (Android support is pretty far off, don't hold your breath!)

In case you have an ARM64 Linux device like the Pinephone and wanna check it out, a download for the recent 0.4.0 release is available here:

Tip: run it like `./doodle -w maximized` for it to maximize its window and fit best on the screen size of Pinephone.

This was built on Mobian and should work on most distros but may not be working on postmarketOS, as its Alpine Linux base doesn't use GNU libc.

Here is another alpha release of the videogame I've been working on, code named Project: Doodle. 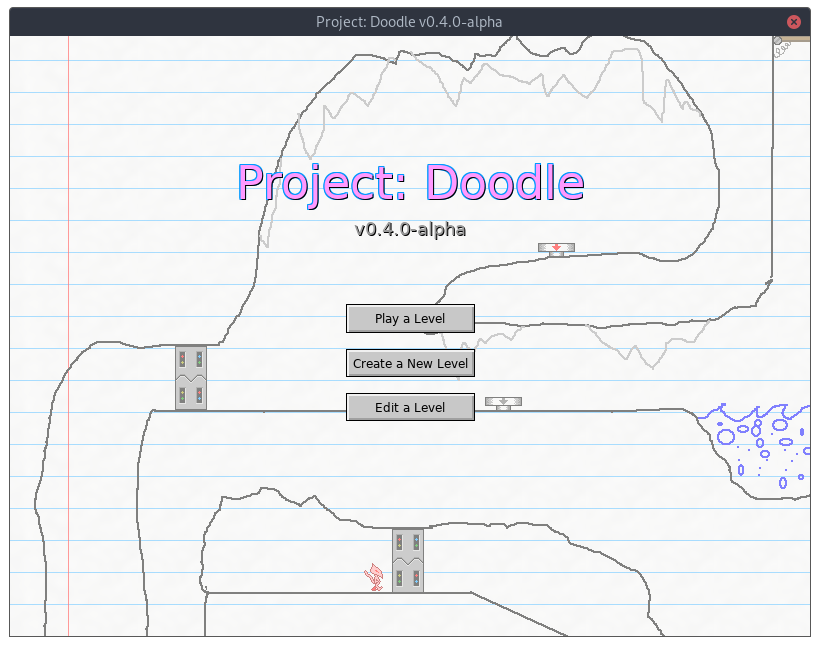 I've updated the user documentation that ships with the game. It now has tons of good information and screenshots showing various features of the game. I recommend checking it out to get a feel for what this game is about.

I'm working on a proper website for this game, but for now the Guidebook is a good stand-in!

What is Project: Doodle?

This is a "draw your own levels and play them" kind of game, like Mario Maker but completely free form. In the level editor you can draw whatever level you want, pick which colors are solid and which are fire, and drag-and-drop 'doodads' into your level to add interactive elements like keys and buttons.

And those doodads you can drag into your level? There will be some built-in ones but you can also create your own -- and program them with JavaScript to do whatever you want. This game is designed to be super mod friendly. In the future you'll be able to bundle your custom levels, with your custom doodads, and share them easily with others: your level will bring its custom doodads with it and "just work" on another computer.

See the About Page of the user manual for an introduction.

Note: "Project: Doodle" is just its code name while it's in early alpha and looking ugly.

Here's another alpha release of the game I've been working on, codenamed Project: Doodle. This time, it has new sprites for the player character. 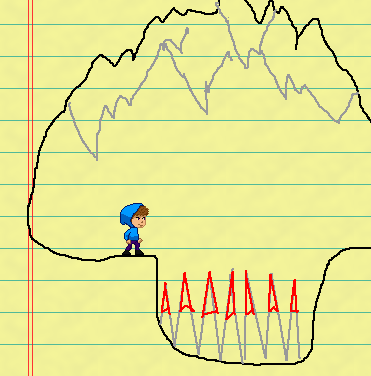 The new player character is larger in size (33x54 pixels) than the previous 32x32 placeholder was, so the three example levels that came with v0.2.0 no longer worked: the character would get stuck in the narrow hallways. However, this release comes with two new example levels that look better than the older ones anyway.

I may scale up the size of Doors and things to accommodate the larger character as doorways now feel a little tight to draw.

Here is another alpha release of the videogame I've been working on, codenamed Project: Doodle.

It's a drawing-based maze game where you can design your own levels freehand and play it as a 2D platformer game. 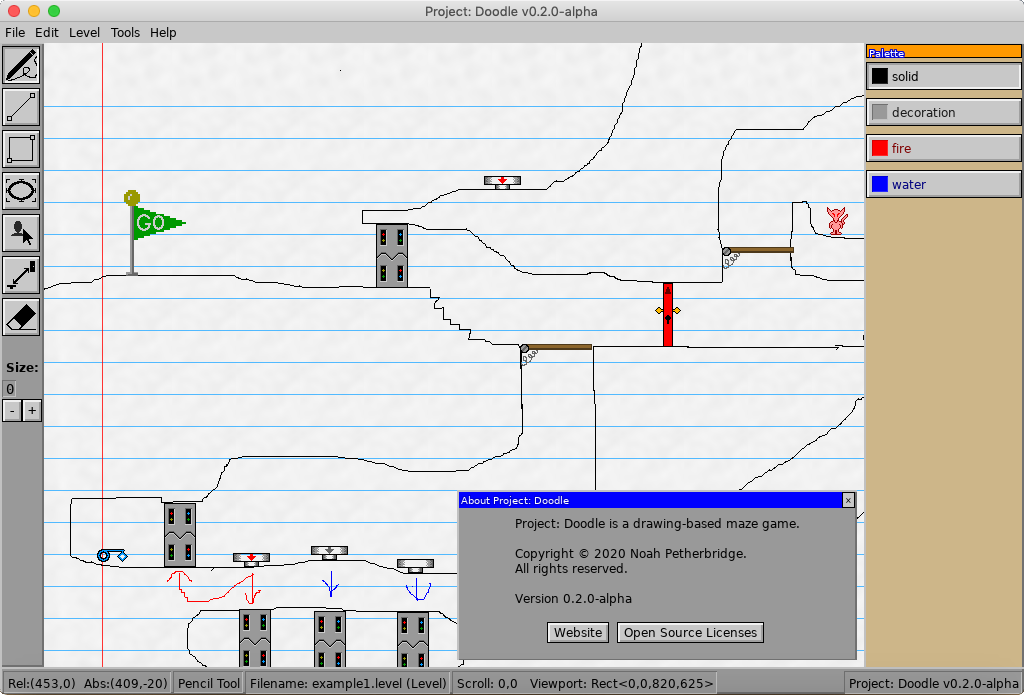 This release brings Sound Effects and Menus to the game.

The Guidebook contains some help and documentation on the game. In particular, it teaches you how you can create custom doodads and program them with JavaScript. Future releases of the game will include more fleshed-out versions of the guidebook.

Mac users: let me know if the performance is horrible or if sound effects aren't working. I only tested the game briefly in a virtual machine that I use to build the game, and it only ran at ~30 FPS and my VM had no audio drivers. Press the F3 key to open the debug menu and see the frames per second.

Tags: 4 comments | Permalink Go UI Toolkit and Other Libraries
May 1, 2020 by Noah 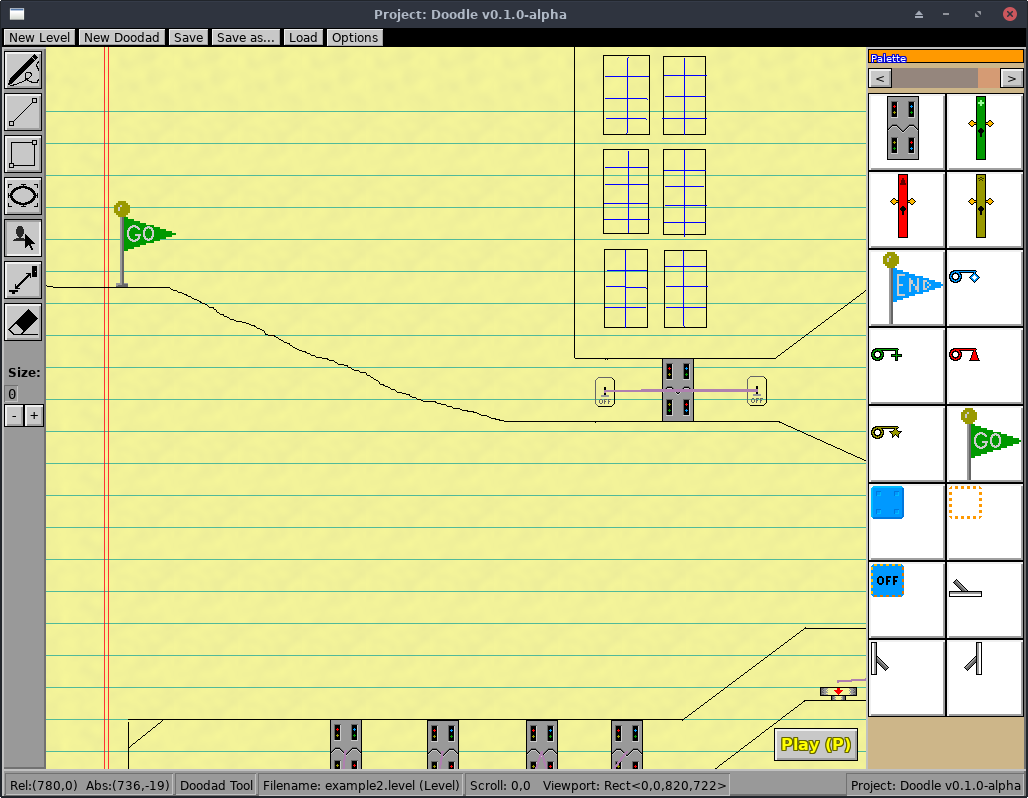