There are many advantages to running a GNU/Linux operating system over something like Windows 10 (performance, privacy/lack of telemetry, security) but one under-appreciated aspect of Linux is that it's easy to repair.

It's like one of those old cars where you can pop the hood and get into the engine and repair it yourself, as compared to many of the modern vehicles out there which have sealed components and require special tools to get into and you need to take them in to a specialist.

Every operating system "breaks" sometimes. When Windows breaks, it boots in to a blue screen of death with a frowney face :( and it offers some "automated troubleshooting tools" which never work. They just spin for a while before saying: sorry! And how do you even begin to fix something like that? What if "Safe Mode" doesn't even load up?

For a specific example, it's been an annual tradition for me that my Windows 10 install gets "stuck": it can not install the new Windows 10 update due to "reasons" that it can't troubleshoot away. It'll do the whole pomp and circumstance: reboot, attempt to install, fail, roll back install, reboot, and tell me how it failed. Only to keep retrying every time I reboot from that point onwards. And I'm a rather light user of Windows (perhaps too much so), I rarely boot into it and even then only to play a few games like Skyrim.

Linux "breaks" sometimes, too, and maybe one day it doesn't boot into the graphical desktop because your nVIDIA drivers got borked somehow or your WiFi stops working after an update. What do you do? First, you can try booting into an older kernel from the bootloader menu; most distros keep the last couple of kernels as options for exactly this case.

Or you can boot into single user (text mode) and have a shell prompt logged in as root, so you can troubleshoot the issue: check log files, edit configuration, install or uninstall programs, and fix it yourself. Everything is very modular in Linux distributions, so it's hard to take down the whole thing. Very rarely is your bootloader so broken that you can't get get into a working single user mode.

Granted, this does require you to have some knowledge about how Linux works, but the great thing is there's lots of good documentation out there. Just google for "your distro name + thing you want to do". The Arch Wiki is great no matter which distro you run, though some small details may differ if you're using Fedora or Ubuntu, so prefer the wiki closest to your own distro of choice. Information from the Debian Wiki and Fedora Wiki tend to be broadly applicable to other Debian and Fedora downstream distros, like Ubuntu and CentOS.

Some of the most important skills to learn that gets you 90% of the way to fixing a broken Linux OS:

In single user mode, basically only the Linux kernel and bash command line shell need to work, and it's very difficult for these to fail. No networking services start, no graphical desktop starts, and all video cards support text mode output regardless of any driver issues.

I basically never have to reinstall a Linux OS from scratch to fix any problems, and the times when I did, it was because I messed up and I learned to respect root privileges and double-check my commands. 🤣 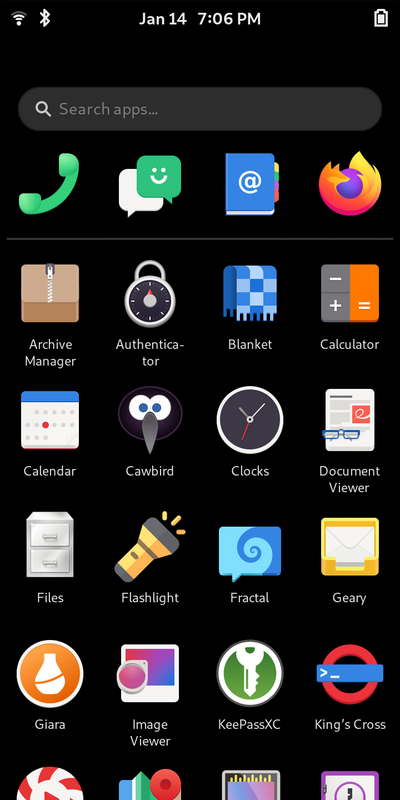 The Pinephone is a new smartphone in the works that will run mainline Linux as its operating system instead of Android, and already has a lot of Linux distributions that run on it. The idea is it would run all the same Linux software you get on desktops, servers or Raspberry Pi's and give you a private alternative to Android devices which send a lot of data up to Google.

They've already released some phones, and I have one that came installed with Ubuntu Touch, and I've been testing the operating systems as they progress. Linux on Mobile is still very early, most graphical apps don't fit on the tiny screen size of a smartphone, battery life can still be improved, camera quality can be improved. But progress is advancing rapidly and there's a growing number of apps that work and provide basic "smart phone" functions: calls, texts, email, calculator, calendar, maps, password manager (KeePass), web browsers.

My dream is to use a Pinephone as my daily driver, but it's still got a long ways to go, and I got impatient and instead installed a de-googled Android ROM onto my existing Pixel phone.

And having used both Linux and Android on mobile, I've determined that a de-googled Android ROM is a very solid alternative to a Linux phone while you wait for Linux phones to get better:

When we're talking about "Linux" the operating system, we really mean one of the thousands of Linux distributions that exist out there. Linux itself is just the kernel -- the lowest level part of the operating system that deals with hardware, drivers, process and memory management. A distribution is all the stuff on top: the software, the desktop environments and so on.

Most Linux distributions can be called "GNU/Linux" because they include the Linux kernel and a suite of software tools from the GNU project. These are mostly command-line programs like grep and less as well as deeper system components like the GNU C Library (glibc) which is used by basically every program on the system.

When you're new to Linux you may look at this enormous list of distributions and be paralyzed as to which one you should pick. Fedora, or Ubuntu? Or Debian or Arch?

People will often tell you: it doesn't really matter, all these distributions are running more-or-less the same software and the biggest differences between them is their package manager and what format their software is shipped in. On Fedora you might dnf install firefox or dnf update thunderbird whereas on Debian you would apt install firefox or on Alpine you'll apk add firefox. Just learn the set of commands for your distro of choice and you're good. Software on Fedora-like distros come in .rpm packages, Debian-likes come in .deb, but mainly you'll install software through the official repositories of your distro.

But there's more differences between the distros that they don't tell you about:

Docker is a commonly used tool in modern software development to deploy applications to web servers in a consistent, reproducible manner. It's been described as basically a "light-weight virtual machine" and it makes use of a Linux kernel feature known as containers.

How does it work?

In this post I'll try and briefly sum up what Linux containers do and what problem they solve for developers.

This blog post is non-technical: I won't be showing docker commands or any such details, there is plenty of better documentation on the Internet for that, but instead a high level overview of how we got here and what containers do for us today.

Recently, I was developing a Python/Flask app to implement Web Hooks for a third-party API that I was working with. The API recommended the use of ngrok during local development so that the server running on your local computer could be accessed publicly over the Internet (so that their API could reach yours).

ngrok is cool and all, but for their free plan they randomize the subdomain they give you every time you start the program. This meant I always had to log into my API account and change my Web Hook URL each day.

What ngrok is doing is nothing new: I've written about using SSH to forward ports between machines, and figured it should be easy enough for me to configure a subdomain on my own server that forwards traffic to another port that I could open when I need to.

Manually managing a music collection of MP3 files on disk is such a pain in the ass that I felt like blogging about it.

The next version of Fedora (24) is coming out soon, so I decided a couple weeks ago that I'd take a tour of all the different desktop environments and see if I like any of them enough to switch from Xfce. My original desktop environment of choice was GNOME 2, and I had jumped ship to Xfce after GNOME 3 was released because I was no fan of the tablet-focused, feature-stripped interface of the new desktop and GNOME 2.32 was, in my opinion, the pinnacle of the desktop metaphor for Linux.