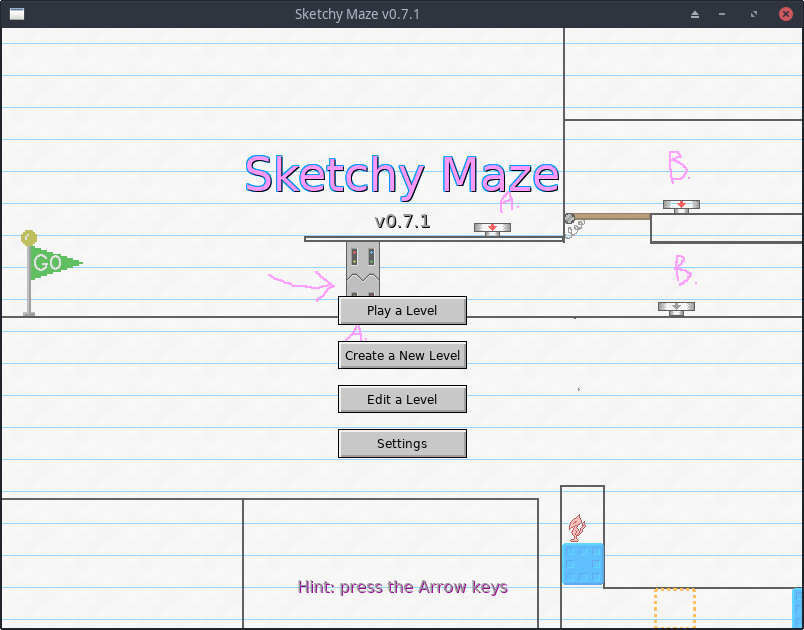 What is Sketchy Maze?

Sketchy Maze is a drawing-based maze game themed around hand-drawn maps on paper. There are a few built-in example levels (and will eventually have single player story campaigns), and you can also draw your own levels and make them look like anything you want, and play them like a 2D platformer game. You get to pick what colors to draw with, which colors are for solid floors and which ones are fire, and drag-and-drop some 'doodads' such as Buttons, Keys and Doors to add interactive elements and create puzzles and obstacles.

And those doodads? You can create your own, too, and program them in JavaScript to do whatever you want. Or you can download and play custom maps and custom doodads made by other players. Your imagination is the limit! 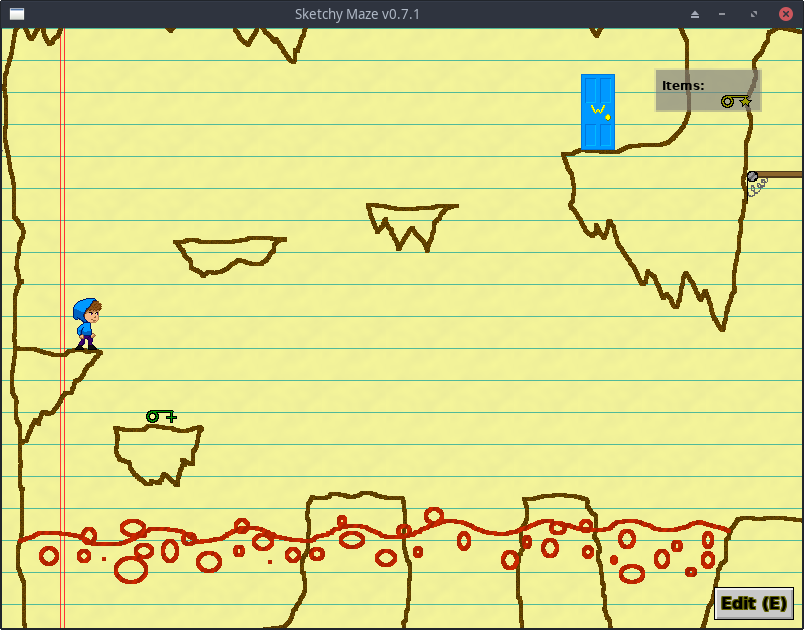 The inspiration for this game came from my own childhood. I'm a 90's kid, and when I was growing up with videogames like Sonic the Hedgehog and Super Mario Bros., I would often draw my own "levels" with pencil and paper of a 2D platformer style game. I would borrow ideas from all the games I liked, and would draw mazes that had features like buttons, keys and doors, and then "play" my level with my imagination, envisioning a character working their way through my maze, and keeping score in my head about which keys were found and what doors can be unlocked, or how a button might open a door somewhere else in the level (and I'd draw a little dotted-line connecting the button to the door so I wouldn't forget).

When you're drawing a level on paper, it can be whatever you want. You can draw a castle or a cave. This game is a manifestation of my childhood imagination.

There have been a handful of releases since my last blog post. You can always check the latest change log on the Guidebook site.

Some of the key highlights include:

Sketchy Maze is available for free on all desktop computers, including GNU/Linux, Windows and Mac OS (Intel).

It is still in early alpha release mode. The game is functional as a proof of concept but still needs polish and more built-in levels and doodads.