June 13, 2013 by Noah
Recently, I've been playing around with WorldPainter. It's a tool for creating custom maps for Minecraft, where you can just paint on your mountains, valleys, lakes, biomes, trees, and other details about your map, and then export it as a new Minecraft map to play on.

It also has a feature to import a heightmap file, which is a grayscale image where brighter shades of white represent higher mountains, and lower shades are the lower elevations of the map. With this, you could design a terrain in a variety of different tools, export a heightmap of your terrain, and through WorldPainter, convert it into a Minecraft map. You can paint in the biomes and other features first in WorldPainter, of course.

I decided to test this using a heightmap I found of Myst Island (I found it on this Myst Online forum thread). Here's the original heightmap: 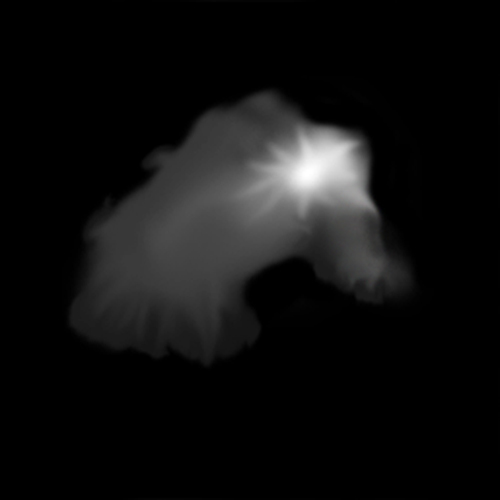 The image is 500x500 pixels, and the brightest shade of white is about 253, so if we imported this into WorldPainter as-is, half the island would be flooded (with the default water level of 62), and that mountain would reach higher than the clouds. So, first, I adjusted the levels in GIMP (Photoshop or something could've been used instead) to raise the lowest shade of black to just below the water level and lower the brightest shade to something more reasonable. 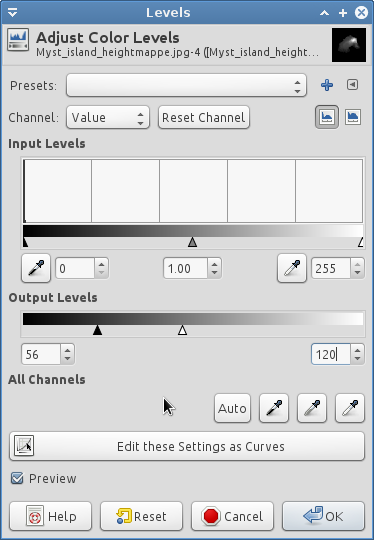 Because the heightmap included some underwater hilly structures, I brought the lowest level up to 52 instead of 0, and lowered the highest level down to 120 from ~255. This resulted in the following image: 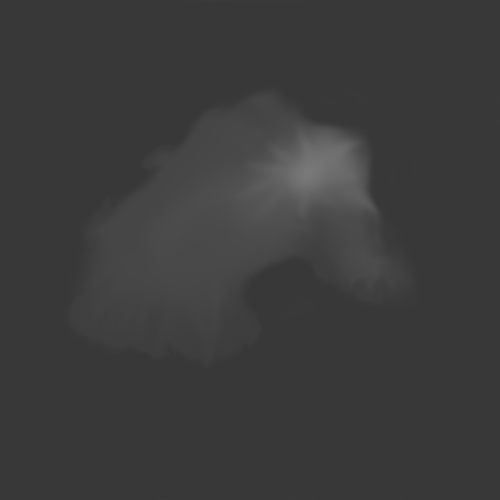 After importing it into WorldPainter (via File->Import->Height map), this is how the map looked: 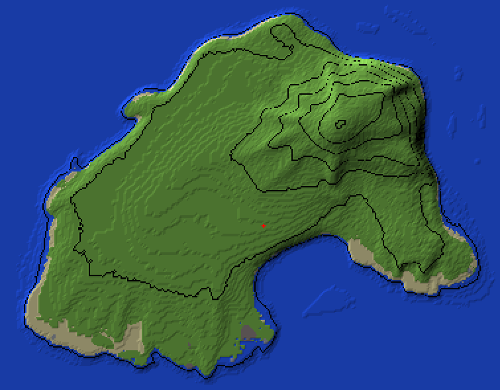 I exported the map immediately to see how it would look in-game. I found that the original scale of the heightmap made the island a little bit too large, so I tried again but scaled it down to 50% when importing the heightmap. Here you can see the difference (click for larger versions): 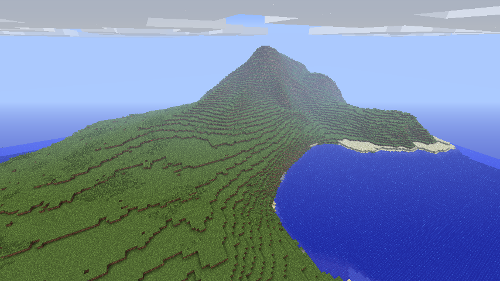 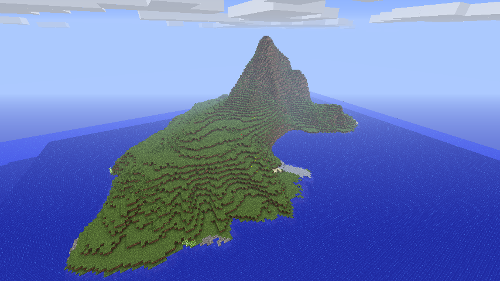 It's all a trial-and-error kind of thing. I had to tweak the levels of the heightmap a handful of times to get it to look just right, and scaling it down to 50% might not even be the perfect scale either (but you wouldn't know until you started trying to build on it). This is a pretty neat tool anyway. I'd probably recommend making your own terrains rather than trying to use someone else's (for example Myst Island), because then you'll get a lot fewer headaches when trying to build on the map and trying to get the scale just right and everything.