Where did all my free time go?

March 23, 2011 by Noah
After my recent move back to my hometown, a guy I apparently used to chat with all the time several years ago found me on Grindr. I had no recollection of who this guy is, and the only person I could think of who shared a name with him was a member of one of my super old social networking sites.

Back when I was about 16 or 17 years old, I created a gay social networking site named RainbowBoi. I later rebranded it to XYBois before losing interest in it entirely, and now it's called Siikir. Anyway, I decided to dig up my old backups of this site to dig up the picture of the guy I think I'm talking to. It was him.

But poking around at the user profile data for the old sites, I got the idea to try dusting the code off and get it running again on my local web server... just for nostalgia's sake. Get the site up, dos2unix convert all its data files so that I can log into it, and just click around and see how the site used to be back in its day, back from 2005-06.

Throughout this blog post, all the small screenshot thumbnails can be clicked to view the full size. 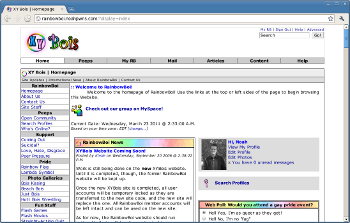 This version of the site was in the middle of being rebranded. The Perl source code that powers the site is also the same code I had written for my old AiChaos site, which you can see here on my archive subdomain. The code is ugly to look at, because I was relatively new to programming.

But newbie as I was, I was apparently quite ambitious. This site was very featureful: it had social networking features (including photo comments and private messaging and search and friend lists), it had helpful articles to read about coming out of the closet and topics like that, it had some public photo albums which were surely pretty popular, it had a "straight-acting" quiz. It even had a chat room, where I had programmed my own chat protocol, client program and server from scratch.

It even had used Image::Magick to scale the user photos down, and calculated ages based on birthdates, and syndicated RSS feeds for display on the site. I definitely knew my stuff back then, even if I didn't have a good coding style down yet.

I miss the days when I used to have this kind of free time on my hands. Whenever I dust off my old projects and play around with them, I keep seeing really ambitious ideas. The code may not be pretty, but it is featureful. I don't create anything nearly this cool nowadays. I just don't have the free time or the motivation to do it.

Maybe this is the consequence of doing what you love as a job. As a software developer, I spend all day long writing code to get paid and by the time I'm done, I don't feel like writing any more code for the day. And then on the weekends I just wanna relax and try to have a social life, or else just watch TV and play videogames.

Here are 6 more screenshots of the old RainbowBoi/XYBois. 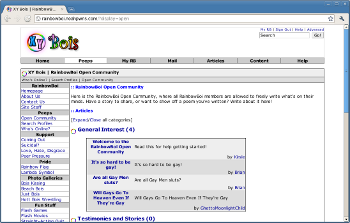 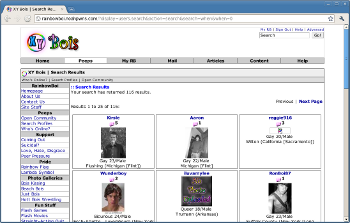 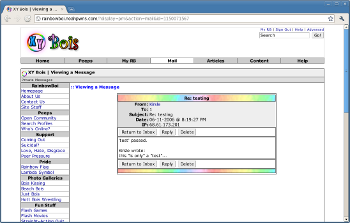 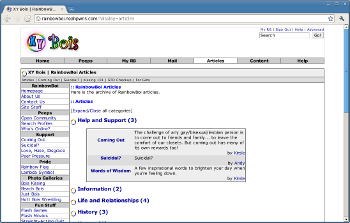 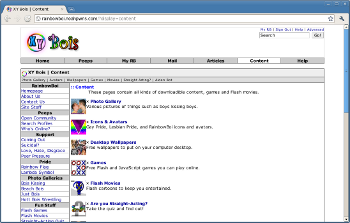 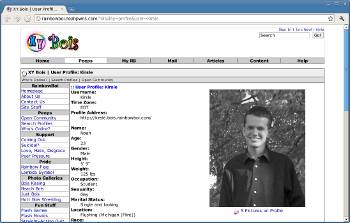 I can barely change html but eventually I wanna pie chart for my site that will respond to people voting in three categories. Shame, Empathy, and Misinformation. I would've done well in math if they had only structured it around coding. :( www.hateguide.com