Besides computers and technology, something else I'm really nerdy about is science (like physics, astronomy and quantum mechanics), and something really fascinating that I admittedly don't understand is quantum physics. But I'm not going to talk too much about that on this post; instead this post will consist of more philosophical and theoretical musings related to it and what it might all mean. Some of it is my own; some is inspired by others.

First, a couple interesting experiments in quantum physics are the Double-slit Experiment, and its crazy cousin, the Delayed Choice Quantum Eraser experiment. I've read a fair bit about these and watched a handful of YouTube videos, but this video seems to sum them up in the most simple way I've seen; the quantum eraser one is fundamentally complicated to explain but that video does a fair job I think. 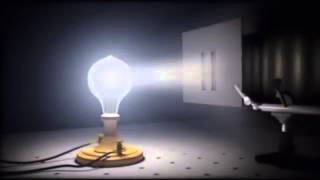 Another interesting topic is the Simulation Hypothesis, which contends that the universe could all be a simulation of some sort (think The Matrix). This theory goes by a few different names (Simulation Theory, Simulated Reality, etc.); I read this article recently, and you can Search YouTube if you're curious about it; pretty much all the videos I've seen have been pretty fascinating, but I'll just jump into the philosophical parts now. ;)

Disclaimer: non-sciencey things will follow, and I'm not a scientist; this is all just my thoughts on how the weirdness of quantum physics could actually be consolidated into a potential explanation, and may even sound borderline "religious" (but I'm otherwise atheist).

An interesting facet of quantum physics is the effect that a conscious observer has on reality. When we're not looking, it seems that everything in reality exists as waves of potential that only collapse into discrete matter when being observed. So as an example, the Moon is extremely likely to be where it's at in the sky, but there's also an infinitely small chance it's a billion lightyears away, but it's probably there and every time we look it does appear there. If nobody's looking (or measuring with devices we can check back on later), does the Moon really exist? Theoretical quantum physicist Amit Goswami has a famous quote, "Consciousness does matter. Matter is secondary. Consciousness is primary. Brain does not do consciousness, consciousness does the brain."

What dreams may come

So, start with the plot of the book or movie What Dreams May Come. In the movie, Robin Williams' character dies and goes on to discover that Heaven is actually just a dream state, big enough for everybody to have their own private universes if they want to, or where like-minded people can collaborate on a shared space, and some people choose to be reincarnated back on Earth and live another life. That story alone gets you most of the way to my theory about how the universe might work.

In What Dreams May Come, it seems that the Earth is the central part of the universe and the dream world revolves around it (people who committed suicide on Earth go into a hell-like nightmare state in the afterlife; and in the real ending of the story, Annie had to reincarnate into a tough life on Earth to serve her punishment for it; you can see the alternate ending for the movie on YouTube).

My personal theory is that the Earth is not a central part of reality, and it's another dream world like all the others.

If you assume that the real state of the universe is dreams, where everyone could create their own place and fly around and have unlimited creative freedom (basically like "God Mode" in a videogame), you'd figure it'd get boring after a while. After several thousand years of playing Creative Mode you might like a challenge to spice things up.

So, a lot of like-minded individuals got together to create a game called "Earth" to entertain themselves. When you play Earth, you temporarily lose all your memories of the 'real world', are born into Earth and you're bounded by the laws of physics that everybody agreed on. Similarly to how multiple people could share a dream world by having a common vision, we all share the Earth world by agreeing to the rules of the game. We don't have "dream powers" to create matter out of nothing or defy the laws of physics, and we can't fly like Superman, because we made the rules of the game what they are.

But when you look at the Earth universe at a really low level, like at the quantum level, you see all this weirdness. It's a little bit like a dream: it creates itself as you explore it, and nothing is set in stone until it's been observed. When the Hubble telescope recorded the Hubble Deep Field image by looking at a tiny, tiny portion of the night sky and it discovered billions and billions of galaxies in just that tiny spec: did those galaxies already exist before we looked, or did they materialize when we looked? As if we were in a dream and opened a door into a new room and it materialized on-demand, so we feel like we're discovering the world rather than creating it consciously.

One of the biggest questions that arises when you consider we might be living in The Matrix is, *"What is the computer like that's running our simulation? What is its universe like? Is its universe also a simulation?"* But I think the dream theory could answer that: there is no computer. All that exists is consciousness, and consciousness created this universe, and outside of this universe there's just more universes (dream worlds created by individual partitions of this consciousness). You don't have to worry if there's an infinite number of simulations going up and down the stack; Earth and the rest of the creative universe just exist side by side.

For that matter, if Earth was just a game created by bored minds, there could even be multiple such games. When you die, you return to the rest of the universe and could either sign up for reincarnation on Earth, spend some time in "Creative Mode" enjoying your own heaven, or sign up for a different game to entertain yourself with.

All of the above is probably not scientifically backed up, but it's pretty interesting and I like to think about it. I'm an atheist, so I don't believe in the heaven or hell that most religions talk about; when I die, I'll either just stop existing, or if I'm lucky I'll discover that things are similar to what I talked about above. At the very least, I don't think a heaven or hell as described by religions exists; if anything, Hell might just be a nightmare state in the afterlife, because if you messed up badly enough on Earth that you'd be deserving of Hell, your consciousness is probably at a very dark place on Earth already and it would make sense you'd punish yourself with a long nightmare afterward until you could eventually recover. Could take a very long time, though.

The author of What Dreams May Come says that the only fiction in the story are the stories of the individual characters involved, but that the overall idea of the way the universe works aren't his ideas and could be considered by some to be a religion of sorts. It seems a lot of people have come to similar conclusions, and I've further contemplated on these and this is a fascinating topic to discuss with my friends and I figured it'd be good to write this down on my blog.

I have more I could say on the matter, but this is a big enough wall of text for now. ;)