The first thing to do is visit Google Takeout to download your entire Google account as a ZIP file.

This got me all of my Google Photos (going back to 2012!), my contact list, calendar, Google Drive files, and tons and tons of miscellaneous data like GPS location history, Google Assistant voice recordings ("Ok, google") and so-on.

With the downloaded files I could then import them into competing services and then delete them from Google.

I also went through my Google Data & Personalization settings and de-activated all data collection services and deleted all past records they stored. Things like Google search history, Location History and so on. So they would stop collecting new data going forward.

Google Search is the easiest service to replace IMHO. The first step I took to de-google was to set DuckDuckGo as my default search engine in Firefox.

DuckDuckGo is reasonably good and is always the first search engine I try. If I'm not getting good results, I add a "!g" to my query and it will send me to Google Search instead. But at least Google isn't getting all of my searches by default anymore!

F-Droid is an alternative App Store for Android providing purely open-source apps. Unlike the Play Store where apps are submitted by their developer in binary form, F-Droid only accepts apps in source code form and F-Droid compiles them themselves.

Android apps mentioned in this blog post can all be installed from F-Droid. Many of them are also available in the Google Play Store.

Aurora Store is an app available on F-Droid that lets you access the Google Play Store and download mainstream Android apps. This is how you could get apps like Netflix and Hulu without using the Play Store, especially on an open source Android phone that is missing Google apps altogether!

Nextcloud is an open source web application that can replace most of my Google services right out of the box.

Its primary use case is file storage (like Dropbox or Google Drive) but also has built-in support for Contacts and Calendar, with the ability to sync those automatically to your phone and computers as an alternative to Google's services.

I installed Nextcloud on a computer at home so I keep my data very close to me. You could install it on a web server hosted elsewhere which is still a great alternative to just leaving all your data in Google's hands.

I imported my Photos, Contacts and Calendar I had downloaded from Google into my Nextcloud instance. I also copied my Drive files into Nextcloud.

After all that was done, I deleted ALL of my photos from Google Photos and deleted every file from my Google Drive.

For a very long time, my @kirsle.net e-mail inbox was hosted on Gmail using Google Apps (now GSuite). I had signed up back when Google Apps was free for small sites and was grandfathered in to a free GSuite account when they switched to paid-only plans.

I ended up signing up with Rackspace which fit my needs very well. $3/mo. per inbox (I need only one), unlimited aliases, ability to set some aliases to forward to external email addresses, and domain aliases so I could have multiple email addresses on multiple domains all go to my one inbox. Note: I'm not affiliated with Rackspace, I'm just saying what provider I went with.

It was then easy to update my domain's MX records and stop deliving any new mail to Google. Most of my accounts around the Internet are already using my @kirsle.net email addresses with only a small dozen using my @gmail.com so this alone was a big step to leaving Google.

Android is probably one of the hardest areas in life to de-google yourself from. The Google Play Services can't be uninstalled or (reasonably) disabled on an Android phone without severely hindering the usability of the device.

It's possible to install a custom ROM like LineageOS on many phones and you can run 100% open source Android, without the Google apps or services installed at all, but you'll miss out on a lot of mainstream popular apps if you go this route.

A lot of random apps like Uber, Lyft, and Venmo rely on Google Play Services to function correctly or at all. I made a small App Compatibility List with a few apps that were important to me and how well they run on a pure open-source phone.

Netflix and Hulu work without Play Services, but they lack Chromecast support. Chromecast is the one Google product that I just can't live without right now, and there aren't any good alternatives to it just yet.

For my purposes, I decided to keep my Pixel 3 phone with an intact Android operating system (including Google Play Services), but remove my Google account from the device. This meant I wasn't able to use the Gmail app, any Google Play app, Google Voice, Google WiFi or be able to sign into YouTube.

Some miscellaneous Google apps I used to use on Android and what I did with them to remove my Google account: 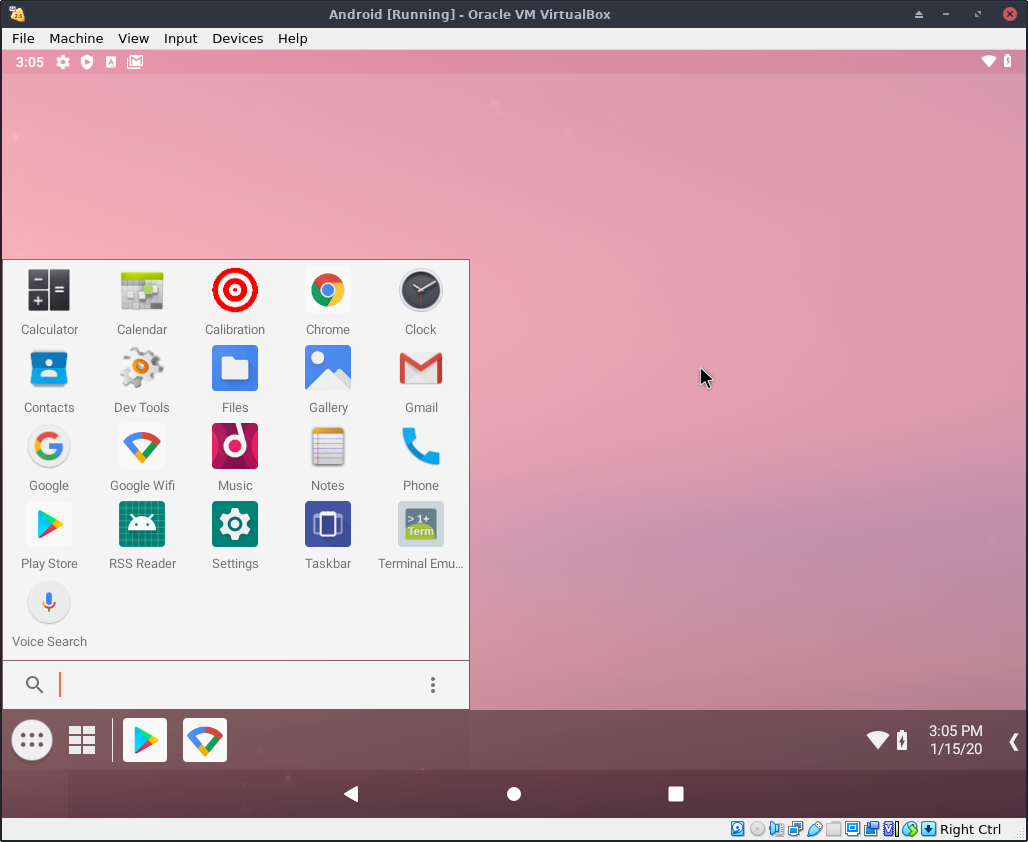 Where I'm At Now

The only Google services I'm using anymore are:

Still a ways to go but I see the light at the end of the tunnel!

No good alternative to google map !? Are you kidding ? Aren't you aware of the openstreetmap (OSM) project ? It's been many year I use only the map frop OSM, with the application OSMAND, available on f-droid.

The OSM maps are free (as in free speech and free beer) to use, downloadable, way more detailled and precise than gmaps and if something is missing or incorrect you can fix it yourself !

Osmand is a wonderful piece of software, very very well equiped in term of features. I do all my trips with it (bike, car, foot, mountain...)

I did check out OsmAnd+ from F-Droid a couple years ago when I first started testing the waters with a Google-free Android device, but back then it was missing the crucial feature of being able to search for places by their name. So if I wanted to navigate to the nearest Krispy Kreme I'd have to do a google search and find its street address and put that into OsmAnd+.

With your comment I decided to check it out again and see where it's at now. Searching for places by name works now! I tested the turn-by-turn navigation there and back again. The app has come a long way!