The Adobe Flash Player is finally dead, and so the Flash animations I made back in high school don't play in Chrome anymore, so it was finally time to convert them to standard videos. Fortunately, there was such a thing as a "Standalone Flash Player" that could open my .swf files and it runs perfectly on Linux under Wine! So I just used vokoscreen to record the playback as a video to preserve these old animations for posterity.

The Kanian/Azulian War is the best animation I ever created in Macromedia Flash 5 when I was 15 years old. It features two classes of character I made up, the Kanians and the Azulians, going to war with each other and was inspired by various Newgrounds Flash cartoons that were popular in that era, such as Mario vs. Sonic.

Here is the Flash cartoon, featuring my awful voice acting. Read the full blog post to understand just what the f*ck is going on and who the Azulians and Kanians are, as I imagine this cartoon won't make much sense to people who weren't in my head at the time I made it.

So I used to be pretty imaginative as a kid, and in middle school I made up these creatures I called "Azulians" (because they're blue). I had a whole backstory for them and everything, and made a few games about their story with RPG Maker 2003 which are (sadly) lost to time now. I had also made up a language for them consisting of a customized Caesar cipher and a new alphabet. 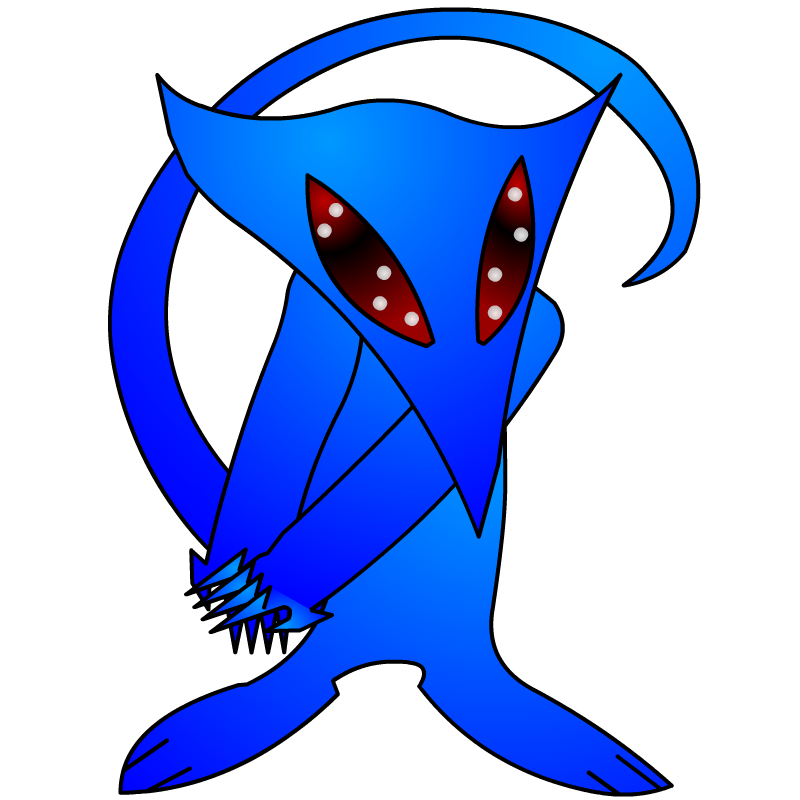 Their backstory was briefly: they were genetically modified rodents who hunt in packs of about a hundred Azulians per clan, and were ruthless killing machines and very intelligent. As all good stories go, an accident at the lab caused the Azulians to escape into the wild and threaten the Earth.

Their story had a few chapters, and for power creep, I made up a few 'tiers' of Azulians that they "level up" through and become more powerful. There were red ones, white ones, purple, yellow and black as well as one 'monster' which was a Wireframe Azulian, which had inexplicable super powers to alter reality as though it's a computer simulation. The yellow and wireframe Azulian are featured in the video when the Azulians win the war.

Nowadays, I'm still using the Azulians as placeholder sprites in my videogame, Project: Doodle, and eventually will have them hidden there as an easter egg. It's my own personal 'inside thing.'

The Azulian "language" was a modified Caesar cipher which would substitute each English letter for an alternative, while still producing words that could conceivably be pronounced. Vowels were substituted for other vowels, and consonants substituted for other consonants with a similar 'sound' to them. The shuffling of letters was somewhat arbitrary and there was a "lookup table" you'd use to know what letter replaces which letter.

My Fonts page has a few TrueType Fonts of various nonsense I created in high school, including the Azulian alphabet which looked like this:

And I wrote a Azulian Translator tool that can encode and decode Azulian writing. I still use this tool today when I'm trying to name something. For example, when my Kirsle.net blog was running on my custom Python CMS named "Rophako", its name translates from "website" in Azulian.

The Kanians have a much less fleshed-out story. Their design was inspired by Kirby and Sonic Adventure Chao, obviously, and I only half-assed a game in RPG Maker 2003 which gave them their story. 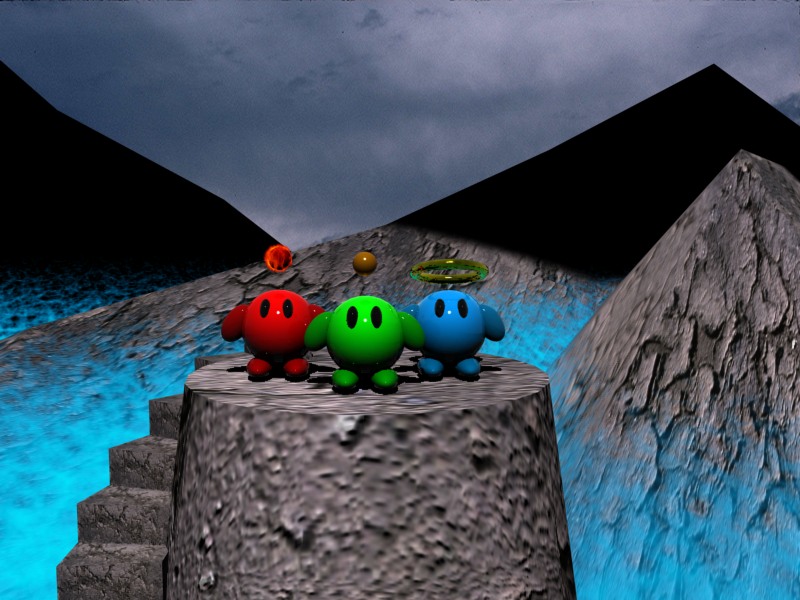 Their story was something basic like, their planet needed saving so they recruited some Earthlings to come save the day. Fast travel was done through "Lynk Cards" which teleported you to the place the card showed. I don't really remember much else, but they seemed a good fit for a creature on the Azulians' level that could go up to war with them, and they owed the humans a favor so had a motive to get involved. 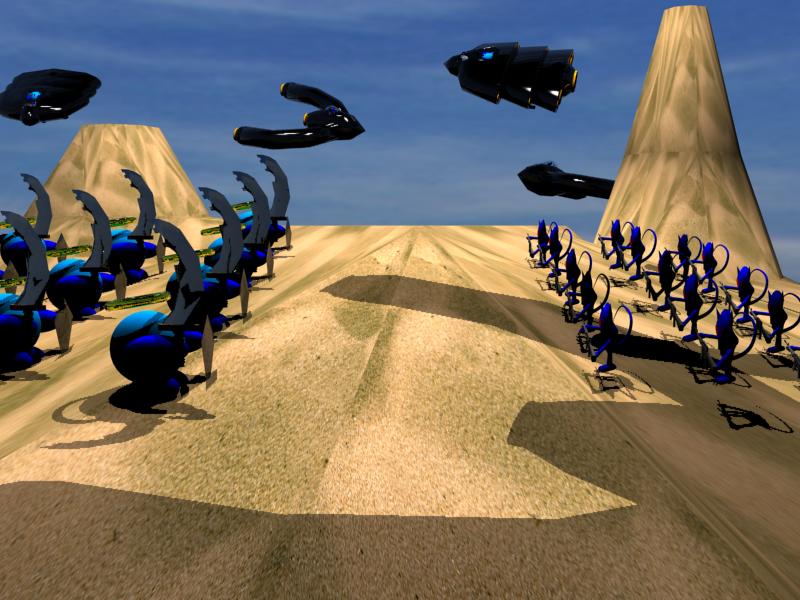 I also designed fancy space ships for them in AutoCAD and they're featured in the Flash cartoon as well. There's a few other 3D artwork I made in high school on my 3D Rendering page.