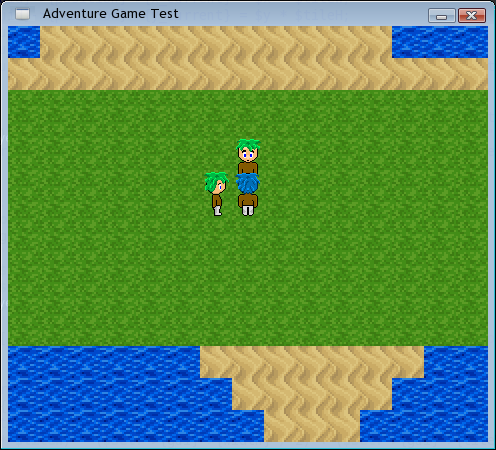 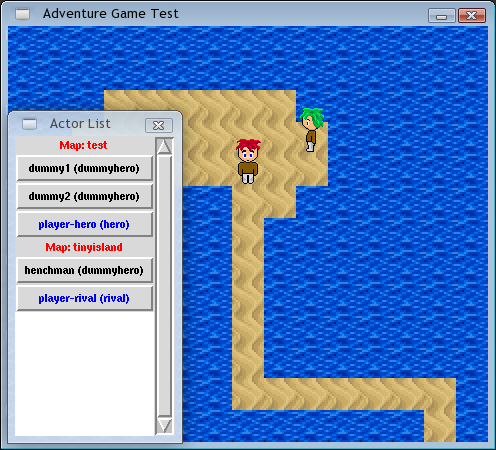 I made some new character sprites (the ones pictured are temporary. I created a template spriteset and then hurriedly threw these guys together so I wouldn't have to show naked sprites in the screenshots).

Next on the to-do list: teleporting between maps (and when a singleton is the last one to leave a map, the map gets purged from memory and non-singletons left on it are forgotten about and reset if the map gets reloaded in the future), and animations.

After that: on-screen text and dialogs. Then shortly thereafter there will be a public alpha release of it that you can mess around with.

See other blog posts about my game engine: KAGE.