Breath of the Wild: Save Hacking

Updated (Feb 27 2022): I found a way to not activate the Great Plateau Tower but still have time-of-day pass as normal, so you can have a "no towers, no shrines" run but still have regular time/weather related events. 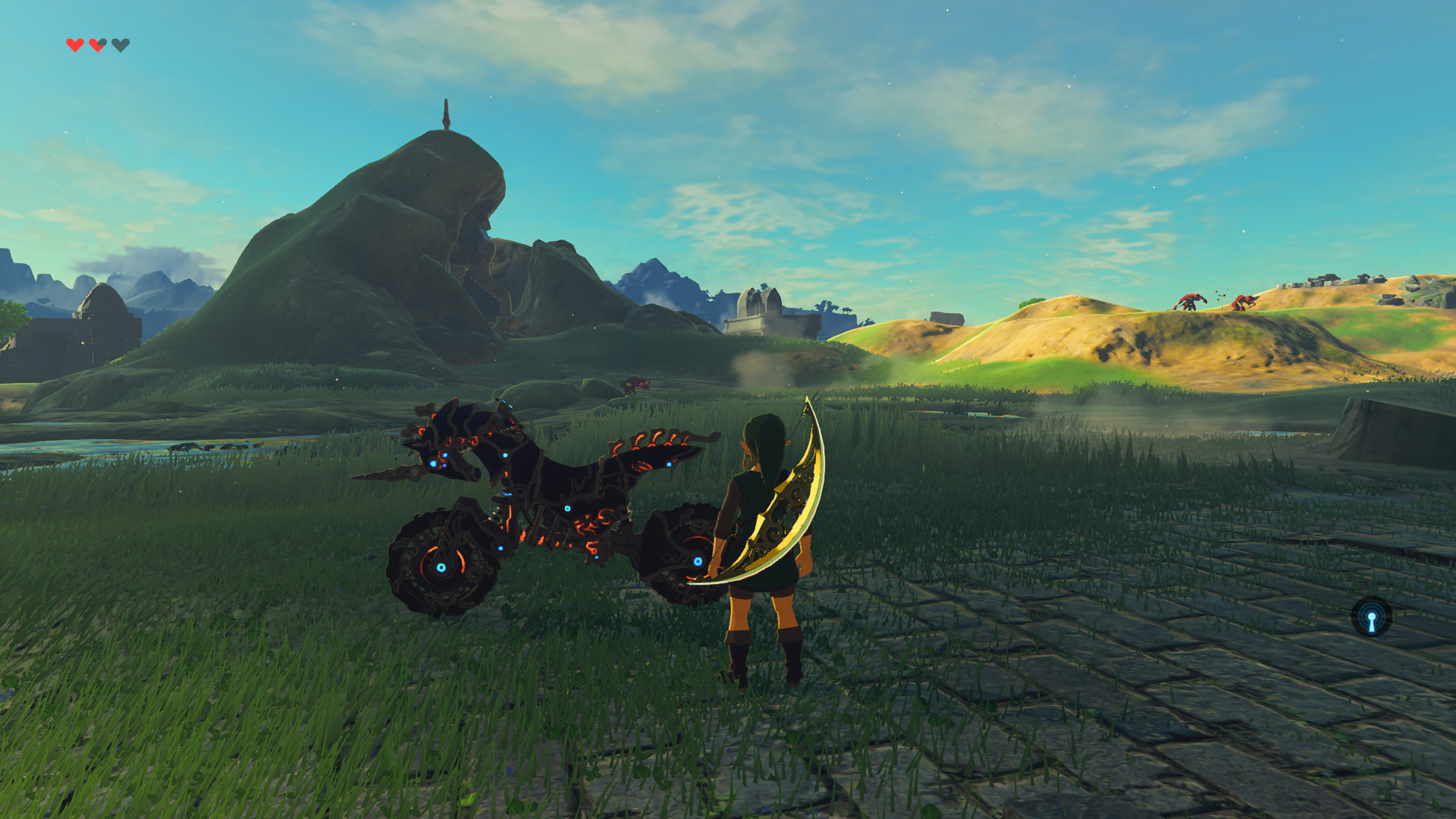 No Sheikah Slate, No Towers, No Shrines

There are some glitches you could perform on the actual Switch and WiiU games in order to skip picking up the Sheikah Slate at the start of the game. This comes with a few interesting side effects:

This is all interesting, but what about skipping the Plateau Tower?

On a challenge-run playthrough I like to avoid activating towers so that the map of Hyrule remains unexplored and mysterious... but you normally can not skip activating the Great Plateau Tower, so you always have at least that part of the map filled in. This is because the Plateau Tower activation triggers a cutscene where all the other towers across Hyrule rise from the ground, and it enables all of the 120 Sheikah Shrines across Hyrule so that you can enter them.

If you could skip activating the Plateau Tower:

The picture at the top of this post shows the Great Plateau Tower, still buried in the ground, and Link wearing the Wild Armor, the Bow of Light and with the Master Cycle Zero out. All of these are late game items (the Bow of Light is for the final boss fight and can't normally be had outside of that). 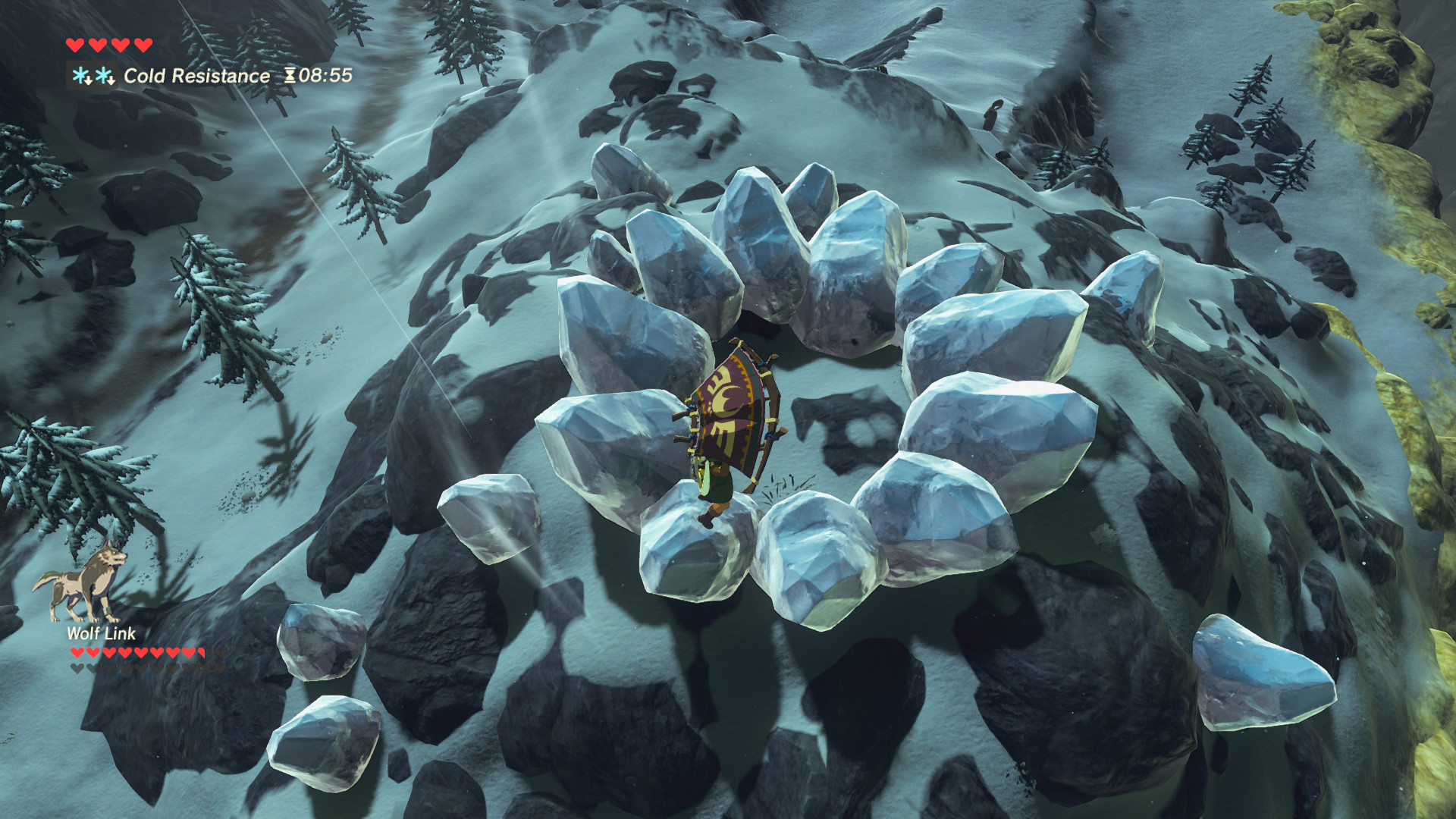 Pictured here is the Hebra Tower, or where the tower would have been if the Plateau Tower were ever activated.

Skipping the Plateau Tower is interesting but has a downside that the time of day in-game is stuck at 11:00 AM. So while you can roam around Hyrule with all the shrines being powered-down and not openable, the constantly sunny day gets a bit tiresome and certain time-based events can't fire.

I found out that the 11:00 AM constraint isn't related to the Plateau Tower itself, but is related to you getting the quest "The Isolated Plateau" in your game. Normally, after climbing down from the Plateau Tower and the cutscene with the Old Man plays, it begins this quest line (to solve the four tutorial shrines) and time begins ticking.

If you don't activate that cutscene, the work-around is that you need to solve all four tutorial shrines so that the quest gets added and marked as "Complete"; but since the Plateau Tower needs activated so you can enter the four shrines, I had to get creative.

I tried doing the "shrine clip" that speedrunners use to glitch into the shrines, but I'm not that good. So instead, I used a regular save file and saved the game standing on each of the entrance pads of the shrines, and used the BotW Savegame Editor to find out the world coordinates of each of those entrance pads. Then, I just hacked up my New Game+ save to put those coordinates in, load the save in-game (spawn inside the closed shrine), enter the shrine and complete it, then edit my savegame again to move to the next shrine's coordinates.

The result: a New Game++ save where I have the Paraglider, but the Great Plateau Tower isn't activated, so no other towers exist and no shrines can be entered. Interestingly, the four tutorial shrines appear as blue markers on the map but can not be fast traveled to, the shrines are lit up in blue but the doors are closed still and they can't be entered. 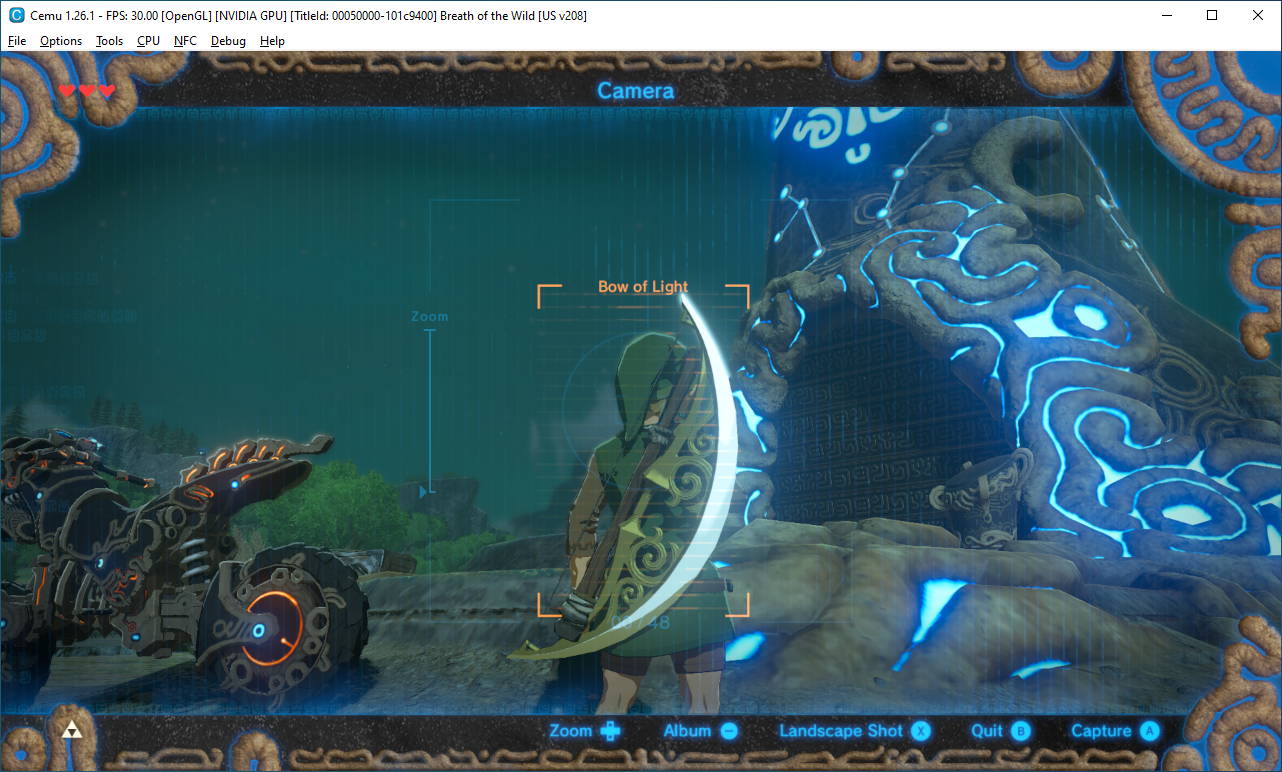 I'll also tell you the coordinates of these shrine pads in case you want to play with making your own modded savegame like this yourself:

I have the save game files in a zip and there's a few variations which build upon the previous ones:

How I Made These

It was actually a bit tricky. There is a BotW Savegame Editor where you can upload your CEMU save games and tweak all sorts of settings, but some of them don't work too easily from a new save game file.

For example, you can give yourself all the Runes, but you can't select any Runes using the D-Pad until you actually pick up a Rune in-game for the first time.

So I modded a new game file to add the Paraglider and All Runes to it, but the Runes couldn't be used yet. With the Paraglider you can leave the plateau without voiding out, and I went all the way to the Hateno Ancient Tech Lab to get the Camera rune -- adding this rune unlocked the D-Pad and now I could select any of the runes. Finally, I went back to the plateau and saved the game and this is the save files I have on this page.

So it's mostly a brand new game but with some light questing in Kakariko Village and such to get the Camera rune.