Android can apparently delete your Camera folder without warning

So I took a few pics with my Nexus 5 this morning, and when viewing them in the Gallery app they appeared to have not saved correctly (there was a solid dark grey placeholder image for each one I took). If I opened the Camera app and swiped over to see them, there they were. But the Camera app also popped up a toast saying "Insert an SD card to save photos."

The Nexus 5 has no SD card.

And then I probably shouldn't have rebooted my phone (the Camera was being an idiot, so I thought rebooting would fix it), cuz when the phone came back up, the Camera folder was entirely deleted. Like, it didn't show up in the Gallery, and swiping in the Camera app did nothing. /mnt/sdcard/DCIM/Camera didn't exist anymore. Take a new picture, and the Camera folder was remade but only had the one new picture in it.

So, Life Pro Tip: Android can do this sometimes. If you get those kind of symptoms, hopefully try making a backup of the Camera folder (using like Astro or Root Browser), before rebooting the phone. You'll probably still lose the newly taken/corrupted pictures but at least Android shouldn't delete all your other camera pictures.

I think the Camera app was still able to see the pictures even though they weren't saved because they were kept in some sort of temporary in-memory cache of the Camera app. Probably the best way to save them would've been to take screenshots of them from within the Camera app.

All the other folders that had pictures in them were left alone, i.e. pictures saved through Snapchat and other photo albums.

I used a recovery program to restore all the deleted photos/videos on my phone. Site I used. Some of the pictures were corrupted but I was able to get all the ones I cared about back. :) Most of the deleted files were Snapchats that I already had non-deleted copies of.

Also, the selfies that I took this morning that "caused" this whole entire mess were recovered as well, so that's double-good-news. :P One of the pics that literally broke my camera: 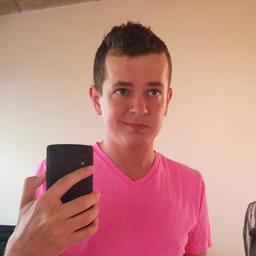